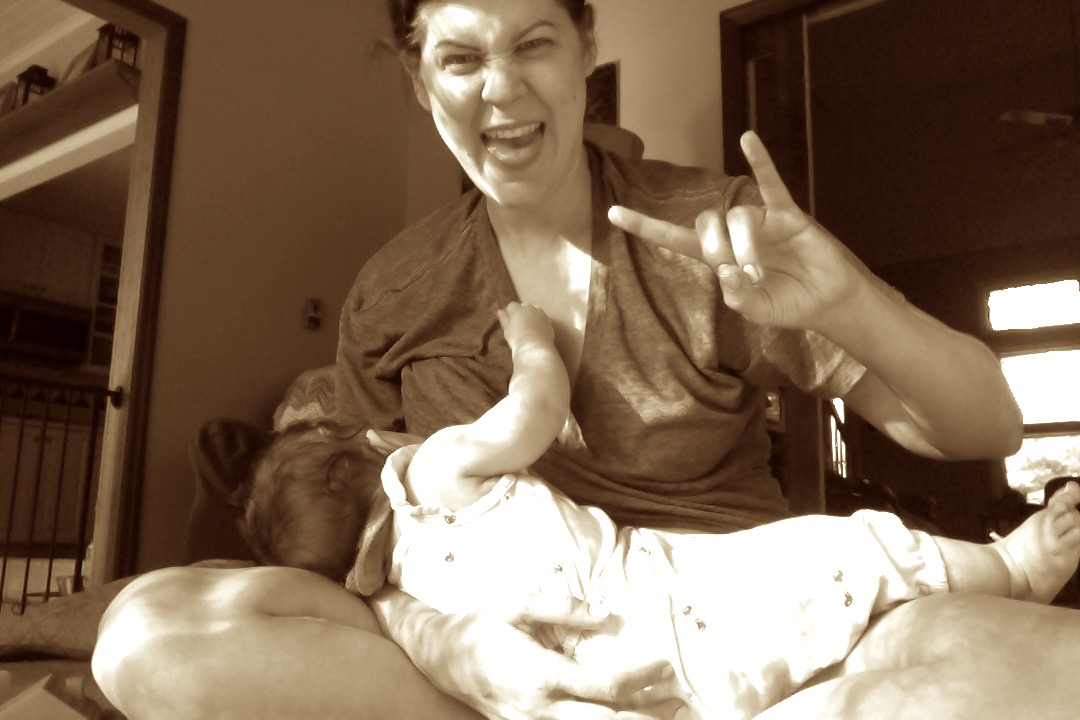 There are a million random celebrated weeks/months/days thru the year, and so when I stumbled upon Worldwide Breastfeeding Week, I didn’t really care.  But, all of a sudden, it dawned on me that this is a very important week for a lot of people, myself included. There are so many untold breastfeeding stories, so many beautiful moments, and so many times women had to stand up for themselves to feed their babies, that I wanted to talk about it.  So, here’s my story.

I knew as soon as I heard we were pregnant I was going to breastfeed.  There was absolutely no way I was opting for any other route.  It didn’t even occur to me that something could go wrong, and I wouldn’t be able to like I have heard from so many other moms.  I just knew that my body was going to meet the challenge, and I was going to feed my baby the most natural way possible.  And so for 9 months, I soaked in every bit of information I could surrounding the subject.  I became a breastfeeding sponge.

When your child is born, there is a moment called “the crawl”.  I was lucky enough to have a midwife allow this natural progression to occur.  If you are about to have a child, please ask for this to happen naturally.  It’s truly remarkable.  Once your baby is placed on your chest, they will root around until they find your nipple.  It’s the most interesting thing.  This baby is not even 10 minutes old, but it knows to find its source of survival outside of the womb.  Once your baby latches, it’s breathtaking.  One, because it kind of hurts.  And two, because you just took your first step in sustaining your child in a new environment, and that is a huge task to take on.

Emma did not latch on immediately.  The medicines I begrudgingly had pumped into me caused my nipples to flatten, so she could not latch.  She found the source of food, but could not grab a hold.  With some lactation intervention, and some patience, we decided to use a nipple latch to have her take hold.  She latched on for a few moments, and it was incredibly surreal.  I never felt nervous about this process despite the midwife telling me some babies refuse the boob.  I knew it was going to work, because it was what I was designed for.  But, just like anything, it takes practice.

The days that followed in the hospital proved to be trying when it came feeding time. Emma was sleepy, and would latch for a few minutes, and go back to sleep.  When she did stay awake, she didn’t eat exceptionally well.  She was losing weight, which is normal, so I needed her to start eating better to keep her weight up.  The nurse showed me how to pump, and how to feed her with the colostrum I had made.  I was so sad that I had to feed her thru a tiny syringe for a few feedings, but at least it was my milk.  It was important she gobbled down those syringes because had she lost one more ounce, she would not have been allowed to leave the hospital when we were released.  Luckily, her weight stabilized, and we all left together as a family.

Once we got home, it all happened like clockwork.  She latched perfectly from the moment we sat down in her glider.  She ate and ate like she had been doing it forever.  It was the best feeling in the world to see her eating for long periods of time.  I’m not generally one who enjoys sitting, but this was worth sitting for.  I watched her little lips move in and out, and her tiny hands wave around trying to find something to hold on to.  I loved listening to her swallow and breath.  It was how I knew the process was working. We got into a feeding pattern fairly quickly, and it just became second nature. She is now a plump little baby, and it’s all from mama’s milk.

Breastfeeding hurts for a few weeks.  I’m not sure why the Lactation Consultant says it doesn’t, because it does.  Your nipples are sore, tired, hyper sensitive, and you feel like crying every feeding time.  I would just tell myself what my doula coached me on, “I can do anything for one minute”.  And I knew it would take less than that for the pain of the latch to go away, and she would be eating.  The only thing that mattered was that Emma ate.  So, if you are about to be a new mom, keep going.  It does get better.  And then it gets really good.

I was a shy feeder the first few weeks.  It’s awkward. Breastfeeding is sort of like learning the Tango.  Your partner needs to be in rhythm with you or it doesn’t work.  We had to find our rhythm.  It was hard to be in public, fiddle with a cover, try to latch a baby, then feed her.  After investing in a ton of covers, I learned a basic muslin blanket did the trick.  And 6 months in, I really don’t even like to cover her.  I just want her to be comfortable while she is eating.  It’s 100 degrees in Ohio, and I wouldn’t want to eat with a blanket on my head, so I think it’s unfair she has to.  So, more times than not, I openly feed these days. And with that decision, I have been praised by fellow moms, given the stank eye by haters, and probably made some people uncomfortable.  But you know what?  I don’t care.  Because this is my journey with my daughter, and I’m going to feed her how I see fit.  And if my breast offends you, then that is surely your problem.

I want to pave a path for women after me.  I want women to see my example, and feel comfortable feeding their sweet baby without condemnation.  We are the only country that shames women for openly breastfeeding their children. In most countries, the weaning norm is between 4-7 years old, and feedings are done just as safely as they are in public as they are in private.   Women are celebrated for feeding their children, not banned to a tiny bathroom in some dirty big box store.  They feed each others children when one women falls ill or loses her supply. We need this mindset in our country.  I stand with the #normalizebreastfeeding and #occupybreastfeeding movements.  If my daughter chooses to have a child one day, I want her to feel free to feed that baby without judgement by a closed-minded society.

Ladies, stand up for the betterment of your baby.  For it’s health, it’s development, the bonding, and the overall experience.  If you can’t breastfeed your child, find donor milk.  If you have an oversupply, become a donor to those in need.  If you’re feeling like giving up because it’s too hard, keep going!  There are support groups to help you thru the tough days. And if you are sitting on the fence because your child is 2, and society says you need to stop feeding, you do what you feel is right.  If you want to keep feeding, go right ahead.

Today, I celebrate 6 months of breastfeeding.  This was my BIG milestone that I wanted to hit.  I earned my Silver Boobies today.  Next milestone will be a year.  I want those golden boobies!!!