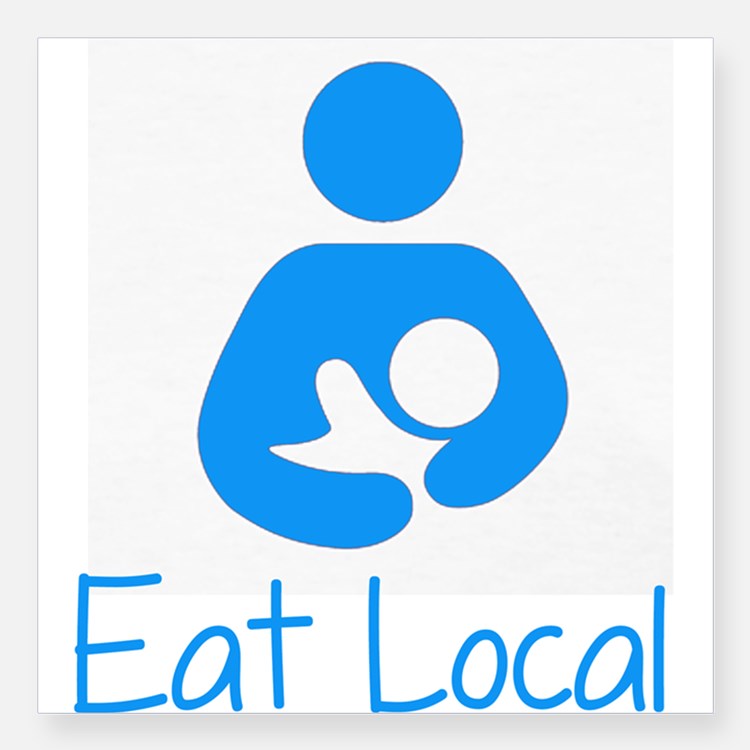 I am perplexed by the men in my life who are uncomfortable with breastfeeding.  I do understand that I am far more free-spirited than most of my immediate family.  I am very comfortable in my skin.  It took many years for me to become the girl who was not scared to change in front of her girlfriends, or take a shower in the gym, or go topless on a beach. But, somewhere between college and New York, I became a liberated, body loving, secure female.  And I am proud of it.  You see, my mother is quite demure and modestly proper when it comes to matters of the body.  My father is a bit looser, but he’s definitely not the dad that lays around in boxers with chest hair puffed out.  I didn’t grow up in a naked house like a lot of people I know.  I didn’t even grow up in a half-naked home.  People were properly clothed while walking around in my house.  There is absolutely nothing wrong with this.  It’s just how we were raised.  But, I feel this is part of the issue with my brothers complete lack of comfort with his sister breastfeeding.  Let’s start with him.

I took my brother to lunch for his birthday this year.  We were having a lovely time, and I was looking forward to coffee and dessert that would follow our meal.  To me, eating a meal is just the pesky task that allows me to get to the best part of dining; coffee and dessert.  As we were finishing up our lunch, my daughter started to get fussy.  I knew it was about time for her to eat, and so I prepped my space to feed her.  I got out my cover, and started to drape myself for Emma to snack.  My brother immediately became incredibly uncomfortable and asked me what I was doing.  “Obviously, I am feeding Emma.  She’s hungry.”  He looked mortified, and begged me not to do that; as if I was about to do some vile act that would humiliate us all.  We were headed to my grandmother’s house after lunch, which just so happens to be across the street, and he pleaded with me to just wait.  I was taken aback by this because my brother has 4 children. I, for the life of me, could not make sense of the logic for me to wait to feed my crying child.   Needless to say, I did not get coffee or dessert.  He asked for the bill and rushed me out the door with heightened anxiety that I was starting to find infuriating.  He had no reason for why he was uncomfortable.  I asked him.  I still would like to know what the underlying issue was.  Maybe it’s because I’m his sister, and he thought he would see my boob or some juvenile reasoning like that.  Maybe he was truly worried about what others thought, and he wanted to protect me.  Or maybe he finds it disgusting.  I’m not sure.  But, what I am sure about is this is the exact mindset that needs to be adjusted among our society.

My father is a supportive man.  He supports my family wholeheartedly and without complaint.  Well, maybe some complaint, but it’s not without warrant.  He has always been a cheerleader for me, and he loves his granddaughter.  But, the first time I went to feed her at my parents house, he made a remark about me feeding her, and left the room.  Now, I am very mindful of how people react to breastfeeding, so I make sure I have a cover when I am in certain places.  My family’s house is one of those places.  I sat wondering if it was the fact that his daughter was feeding her daughter that was weird for him, or if it was the fact that I was using my breast to do so.  My mother did not breast feed us, so he didn’t get to experience this as a father.  He didn’t see the efforts, and pains, and dedication it takes to feed your child this way.  I think if he experienced it with his children first hand, he wouldn’t have walked away.  He would have carried on our conversation as if nothing was happening.  I will say, he has evolved in this though.  The last 2 times he was around, he did not leave.  He even made a comment that he was ok with it.  It turns out you can teach an old dog new tricks.

My husband and I both felt strongly about me breastfeeding Emma.  He went to classes with me to learn about it.  He read about it.  He listened to everything the doctors said about it.  He was, and still is, on board.  But, he was on board as long as I was in the house where no one could see me feed our child.  I didn’t realize this was the case until we needed to go somewhere and he asked if I packed a bottle.  I said no, and that same horror my brother had in his eyes, appeared in my husbands.  He was not comfortable at all with the thought of me feeding her in public.  I knew exactly what it was.  Men have sexualized the female breasts to such a degree, that it is incredibly difficult to separate the “function” from the “fun”.  I also knew that he was concerned about public opinion.  He was very torn because there was a part of him that worried that another man might see what he deemed his, and lust. Or a woman might see, and have something negative to say.  Neither thing I worry about.  But for a while, he worried enough for both of us when out.  He has also made progress in this area.  He is still not ok with me going without a cover, but he is far more relaxed when we are out and about and Emma is hungry.

The world has become so misconstrued with notions of female sexuality that mothers are shamed when feeding their children.  When did society make the switch from celebrating strong women for birthing and feeding a child, to banning them into dirty bathrooms to feed their young?  When did it become ok for every lingerie ad, perfume ad, and jeans/fashion ad to exploit the female form, but a women must stay covered up when doing what is most natural?  Let me tell you a little secret. That skinny little Victoria Secret model running around in a push up bra with perfectly executed hair and makeup, topped with angel wings, is not doing anything natural.  It’s the mom with dark circles under her eyes, because she’s been up all night tending to her baby, that rocks a messy bun because she barely has time to even shower who needs acceptance and your praises of beauty.

So next time you see a woman breastfeeding her child, tell her thank you. 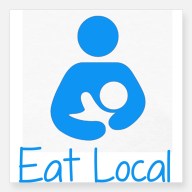 4 thoughts on “The Breastfeeding Battle”